Hypocrisy, corruption and greed. Three words becoming closely associated with the world of politics, especially since the revelation of the Panama Papers, which allegedly implicate our own Prime Minister in less than admirable financial practices.

Political satirist Jolyon Rubinstein spoke at the protest for Cameron’s resignation in light of the reports, but this is only a small part of his political action; he and his childhood friend, Heydon Prowse, are probably best known for creating three successful series of their BAFTA-award winning TV show, ‘The Revolution Will Be Televised’, broadcast on BBC Three.

A few weeks ago, Jolyon spoke to a small group of young people participating in the ‘What a Liberty’ workshop about political satire, his views and his advice for young people.

His appearance at the protest wasn’t the first time he had challenged the Prime Minister. We saw a clip of one of the episodes in which Jolyon pretends to be one of Cameron’s old chums.[https://www.youtube.com/watch?v=AFHsEIfeWoY] He gets past his Cameron’s security for long enough to give the Prime Minister a fictional ‘Bullingdon Yearbook.’ Jolyon told us he did this to poke fun at the privilege of many politicians who run the country.

It was refreshing to hear such a critical perspective on the nature of British politics, especially on the class divides that still exist between those in the Cabinet and others living in the country.

He was also very frank in saying that his existence as a white man most likely enabled him to do it. ‘If an Arab person had attempted the same thing, they may have been arrested, or worse.’

Speaking about his route to what he currently does, Jolyon explained that he considered what he wanted to do after an eye-opening University experience, and that having severe dyslexia pretty much ruled out the written journalism path. But as he said, he could speak well, looks like most people with privilege and also enjoyed drama, so satire became an unconventional but somewhat obvious career choice.

A lot of our group are involved in or want to study politics or the media, so it was very inspirational to see someone who had succeeded in a field that mixes both. He noted the importance of anyone interested in political action to know the law. For example, when protesting, “Defacing a wall is criminal damage, but sticking something that can peel off a window is not - as long as you take it off when and if someone asks, it isn’t against the law to do that.”

Most of all, he gave this advice to inspire us to use our voices and opinions, in whatever way possible. There was significant interest in the room when he implored us to never let anyone feel that our voices were not valid, or that we had nothing to say. I have often felt unsure if whether my voice deserves to be heard by others, but his care for our opinions on his work and views gave us all a little boost. “Things take a long time,” was something he really wanted us to remember in an age where it is so easy to get caught up in the instant gratification of social media.

A prime example of this is Jolson’s experience of getting his TV show off the ground, something he described as the hardest thing he has ever done; it took two years of perseverance from idea and script to greenlighting the programme for production.

At the end, we all felt really inspired to do our own political actions, in whatever form we can and really empowered. Jolyon gave us a lot of hard truths, but also a lot of hope.

What do we have to say on things that affect us and our views on the future? As much as possible, he hopes. 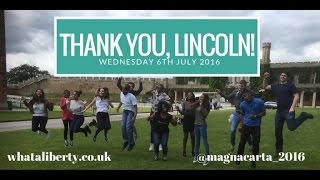 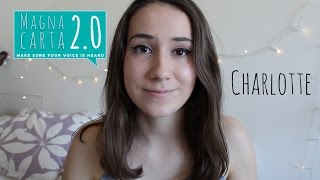 Raising Our Voices to Call for Change